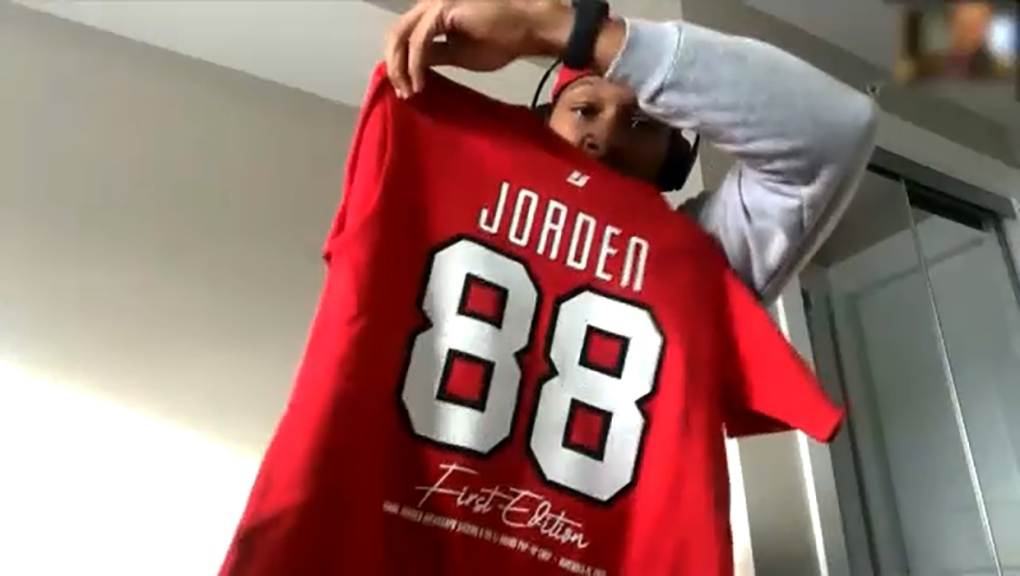 CALGARY -- Stampeders receiver Kamar Jorden has never been afraid to put in the hard work, whether on the field, in the training room or in his new role as the creator of a new clothing line.

He had to do that to come back from a devastating knee injury he suffered in 2018.

Some thought Jorden wouldn’t be able to play again but he proved those people wrong.

Exhibit A: Just last week, the Stamps signed Jorden to a new one year contract.

The 31-year-old says it was satisfying to get his name on a new deal.

“It was definitely a long road," he said in an interview with CTV News.  "To finally come to that day where getting another contract signed, that I’m going to be here another year it definitely makes it all worth it.”

The CFL made a commitment to players and fans that they’ll get back onto the field in 2021.  At the time of his injury the fifth year Stampeder was one of the top receivers in the league.

He wants to be even  better than that this season.

“My mindset has been really just to keep working hard,” Jorden said.

“Everything that I’ve been working to get back to playing I’m going to explode and try to be even better.  Be a better version of myself when I get back.”

The break due to the pandemic was actually a blessing in disguise for Jorden.

Not only did it give him more time to heal, it also gave him time to introduce a new clothing line that he designed himself, called “The KJ Brand.”

Jorden says it’s something he’s always wanted to do.

“I always kind of had an interest in graphic designing and designing shirts and things like that,” he told CTV.

“I mean as long as I can remember I think in the sixth grade we were playing football and I would draw people's names on t-shirts and hand them out to the team.”

Jorden says he got his inspiration after watch the Michael Jorden documentary The Last Dance.

He says he liked all the merchandise that had the basketball stars' name on it and figured why not design a brand with his name on it?

“I think that’s what got me started.  And once I put it together and brought it out a lot of people have been loving it and supporting it so I’m just excited for it just to continue to grow.”

Jorden says he’d much rather be on the football field but “The KJ Brand” will give him something else to do when he’s still playing and when his career is over.

If you’re interested in purchasing “The KJ Brand” you can order it online.